DECOSTA and the Jacksons Announce U.S Dates for Unity Tour 2012

You are here:
News 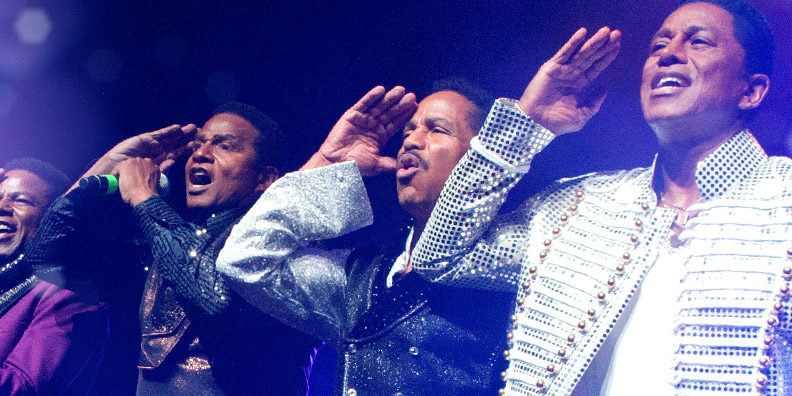 Multiplatinum icons, The Jacksons will be back on tour together for the first time in nearly three decades with hotly-anticipated Unity 2012 dates

April 4, 2012 – New York, NY – The most legendary family in music history is returning to the stage this summer with highly-anticipated Unity Tour 2012. A worldwide sensation since the 1970s, the Jacksons unveiled their line-up of U.S. tour dates today. Beginning June 18, 2012, and scheduled through the end of July 2012, this extraordinary reunion tour marks the first time siblings Jackie, Jermaine, Marlon and Tito Jackson have toured together since their groundbreaking Victory Tour in 1984.

Beloved by millions of fans across the globe for their soulful, sunny sound, contagious stage presence, and unforgettable roster of hits, the Jacksons first achieved international superstardom with their late brother Michael– becoming the first group ever to have their first four singles hit #1 on the Billboard Charts. Throughout their four-decade long career, the group revolutionized music and pop culture, getting inducted into the Rock and Roll Hall of Fame in 1997. The Unity Tour 2012 will be yet another milestone for the Jacksons, bringing the most famous family in music back together for a historic series of shows.

“This is a dream coming true,” said Jackie Jackson of the tour. “I can’t believe this is finally happening. There’s nothing like having all the brothers on stage at the same time. This will be exciting for our fans around the world– and I know at each concert, MJ’s spirit will be in the house with us.”

Honouring Michael’s memory and bringing the fans all the timeless hits they know and love is also paramount for Jermaine Jackson. “I am so happy and excited to perform again onstage with my brothers,” he said. “I can’t wait to sing all the songs that were so much a part of all of our lives. We are ready and committed to keep the family’s legacy alive and perform once again with the highest level of excellence, creativity, and most of all, integrity.

A dynasty unlike any other, the Jackson family’s impossibly catchy brand of pop-funk changed music forever. With their record-shattering catalogue of hits, they remain the biggest-selling family in music history of all time. Don’t miss your chance to witness music history firsthand this summer when the world-renown Jacksons reunite for the Unity Tour 2012.